Most people who have dabbled in Linux for a while "know" that Slackware is difficult to install, configure, make work and keep up to date. It is an OS only for geeks. Not so. These days the developments in the wider universe have trickled down to Slackware as well, and having something like KDE 4 as default desktop already means plenty of things taken care of, with all the utilities and options this desktop environment is providing.

The graphical X server has so far always detected and set my max. screen resolution just right, and there's no need anymore to learn and enter cryptic mount/unmount commands in the terminal. In many ways it's as easy as (K)ubuntu these days. Perhaps, arguably, with a better package manager. Keep your core Slackware distribution packages updated with slackpkg.

I've got Slackware 13.37 on a partition on my Acer Aspire 5551, with ATI/AMD HD 4250 graphics, an AMD Phenom X3 2100MHz, plenty of ram and Broadcom wired and wireless chips for network connectivity.  I'm not into running more than I need, so I stay with the free drivers instead of the proprietary ones from AMD when ever I can, that is unless wanting to play a game that absolutely requires them. I'm not actually using KDE in Slackware, but desktop effects usually work well in KDE on this machine if you want them. Switching on Compositing in Xfce also gives me some nice effects. No problems with the free drivers, no tearing or strange visual artifacts. Cpu frequency was detected and governors set automatically which in 13.1 still needed editing a file. Hibernate and suspend are both extremely smooth, in fact this is probably the most reliable and the smoothest performance out of all the distributions I've had the pleasure of testing and using on this laptop. No black screen after coming back up, no wireless refusing to reconnect.

The only major issue facing Linux users these days, except perhaps printing, is wireless networking and sometimes even getting wired connections to work. Many distributions adhering to the free software standard according to the FSF do not include support for my wired Broadcom Netlink tg3 chip, among them Debian and several derivatives, Red Hat and Scientific Linux. The presence of firmware for the 43225 Broadcom 802.11n wifi is also non-existent in all these and spotty in many others. Slackware has always taken a more practical approach and does not seem too bothered what it includes in order to present a good experience. My wired interface worked out of the proverbial box after installation, and getting a wifi connection was a two step process. Firmware for many popular wireless devices is part of a default install, incl. a long list of intel chips, ralink, and several USB dongles. Atheros chips are already supported in the kernel and are the best option. From release to release firmware and support for newer devices is being added. Ralink USB adapters that did not work for me in 13.0 and 13.1 without compiling a kernel module now have their firmware included.


After your typical install there's only little to do. No.1, set up your desktop to your liking, carry over config files from /etc and locations if you wish, and No.2, install Sbopkg. This gives you access to the entire repository of scripts on SlackBuilds.org (SBo) that will compile and install additional applications for you.
Don't let the ncurses interface scare you. Everything you need is here, and it's easy to understand. In my wireless case, the first thing I did after syncing was to tell it to compile and install the broadcom-sta module and that was it. After a reboot, wifi was up. I am using Wicd for that which is in /extra repository, together with such consumer oriented stuff like Google-Chrome and dependencies and the mplayer-plugin. You can see, Slackware is pretty modern., far from conservative and outdated as it is painted to be. You can take the build script for Chrome and adapt it to compile the open source Chromium instead. OTOH it does not include PAM or systemd but I'm happy with those choices, and the average user does not need to care about this.

Recently I got a bit into the social networking thing, mainly to send out updates relating to this blog. I found qtwitter in the SBo repository which is a full featured client that can connect not only to Twitter but also the free and GPL compliant identi.ca service and several others. There isn't much you need after a full install. Mplayer for instance is part of it these days. Grab the gstreamer codecs from SBo as well, Adobe Flash if you like, and VLC from the site of one of the developers and you're ready to go. With Qt and most libraries in a full install there isn't much to add to start enjoying your computer. That's also perhaps my only complaint. I usually like a frugal install and chastise many distributions for taking up so much space. A new install of Sabayon 6 KDE x64 for example put 5.6 GB on my partition. At the time of writing Slackware 13.37 is taking up 6.7 GB, and that is without KDE 4, and no LibreOffice either. It all depends on what you get in return though. I have added everything else I could want, including Wireshark, SMplayer and several browsers. Even Opera is on the cards again.

This time the install was so easy it felt bizarre. Using Sbopkg beats downloading every source code and compile script by hand big time and is a huge time saver. It didn't take long and the system was fully functional, by that I mean multimedia and wireless working. Not even half an hour.

If you don't even want to do that there are distributions that include all this too where you hardly need to do anything except replace the mail program if you don't like it. Ubuntu does not include every codec either, but makes it easy to install those. Linux Mint includes everything a consumer could want for their home or SOHO desktop. In comparison Slackware isn't exactly hard though either. The Slackware offspring Salix even provides a codec installer.
In the end it depends on which philosophy you want to subscribe to. Choose your BDFL- Mark, Clem, Texstar or Patrick. Mint or Slack.
Of course you can struggle with Debian or build your own with Crux or even LFS, but the emphasis here is on easy and simple. Enjoy ~
Posted by barnabyh at 14:00 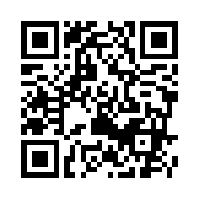