The Mint project has been a long-time favorite among Linux users who are mainly home users. Its friendly and common sense approach to a distribution appeals to many people who want to run something with the Linux kernel on their desktop. There's ample testimony of this, from the inception and creation of the Cinnamon desktop as common sense, traditional but still sleek and modern alternative to the evolving desaster and dumbing-down assault from other desktops at the time to coming up with great little tools like the Warpinator for file sharing on a LAN, the Hypnotix IPTV app and other little improvements to make things just a little easier, for the average Joe and the Techie who just wants to get things done alike.
For various reasons I am one of the very small percentile who happen to prefer the Debian Edition over the regular Ubuntu derived offering, which is almost identical in features though. For example, shortly after the release of Linux Mint 20.1 we saw all the small improvements and additions trickle down to LMDE4. Within days we received Cinnamon 4.8.6, including the new ability to add files and folders to Favorites in Nemo file manager which would be reflected in the menu and on the panel, Hypnotix, the Warpinator and new themes and backgrounds through the update channel. I think the newly refereshed icon theme was even trialled first in LMDE. It is definitely not a step child.
There's only one thing wrong with LMDE and that is that it's based on Debian rather than on Devuan with its more traditional and predictable init. So I set out on a little experiment to build a LMDE-like system on top of Devuan and what can I say, it works very well. Steps are outlined here on the LM forum. 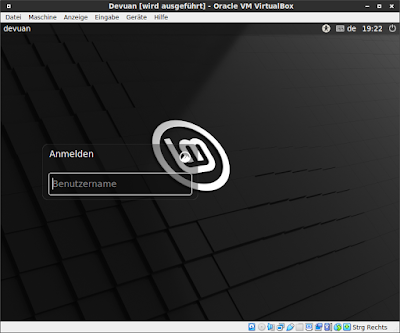 Of course this being experimental it was done in Virtualbox. As you can see from the forum posts it all went as hoped for and there should be no reason why one could not perform a full install in this way.
Repeating the procedure here again for the sake of a complete guide>
1). I went with an automated default install that gives us Xfce4. The netinstall.iso is also an option if you like it more trimmed but I think it's quite nice to have Xfce as a fallback. It can always be removed later anyway.
2). Added LMDE repositories from my main install and imported the missing key with

One difference is that Devuan does not use sudo by default so one has to become root to execute above or set this up yourself straight away. I didn't because I first wanted to know whether it will be worth the effort.
3). Set sources to prefer "debbie". Updated and upgraded the system to latest.
4). Installed mint-info-cinnamon and mint-common which pulls in some basic libraries for an LMDE system, mint-translations, mint-sources and xapps.
5). Proceeded with cinnamon-session instead of mint-meta-cinnamon. The latter would have installed the default set of packages for the Cinnamon edition, all of them, but also yanked out too many existing packages at this stage. We can still install it later.
Cinnamon-session removes packagekit, rtkit, slim, synaptic, system-config-printer and the meta package task-xfce-desktop, leaving Xfce otherwise intact. This is the main step and installs a basic LMDE desktop although not sure why tint2 and xwayland are part of it. If you try and remove tint2 it will install mate-panel and mate-polkit instead. UPDATE: Tint2 can be force removed with

but this will mark cinnamon as a broken package. Similar for xwayland with gnome-session-bin. If one is serious, could these be rebuilt without said dependencies? FURTHER UPDATE: Whatever pulled in gnome-session-bin, it appears this can be removed again without causing problems.
6). Reinstall Synaptic - no penalty here.
7). Next I added a few themes, blackbird, bluebird and numix-gtk themes because at present Cinnamon will still look like stock.
8). Added gdebi. Interestingly, this actually works better in the Devuan setup and shows up in the menu with a minty package icon. In my standard upgraded LMDE 4 it does not show up and starting gdebi-gtk from a terminal gives a crippled interface without dialog.
9). Installed debian-system-adjustments which makes your system more mint-like and adds the mint theme to the boot loader. Installed apturl, mint-mirrors, mint-upgrade-info and mintupdate.
10). Installed lightdm and slick-greeter.
11). Reboot or log out and back in again. I believe I had already logged in to Cinnamon and changed the session in slim before it was removed. In any case, lightdm also provides an option to change the desktop session, although this functionality is hidden behind the mountain icon. Ok, pressing F1 in slim also isn't that intuitive.
In VirtualBox, enable 3d acceleration to get rid of the warning in Cinnamon.
12). And that is that, really. From here on it's just a matter of adding missing applications and art to achieve our goal and possibly remove some carried over from Xfce. I like to keep Mousepad around and the Xfce task manager but could get rid of the Ristretto picture viewer, the media players it comes with and Xfburn.
In Synaptic we have the Mint sources panel with its entries for maintenance and getting missing keys added in the background. The Mint software centre is not there yet.
13). We don't have a terminal yet in Cinnamon. Installed Gnome terminal and Gnome screenshot.
14). Installed some ubuntu fonts from the repository and the packages darkmint-gtk-theme, mint-artwork, some mint backgrounds, mint-themes, mint-x and mint-y icons.
Applying the right theming the desktop looks quite slick already and deceptively Mint.
15). The Network manager icon in the tray is a bit out of place next to Wicd and looks like duplicating functionality. It is crippled and not doing anything but unfortunately it seems it can't be removed. I tried and it showed up again after a reboot. Trying to uninstall network-manager will remove Cinnamon so I guess weĺl have to live with that applet sitting there - a small price to pay.
16). Added mint-meta-codecs for multimedia.
17). Added mint-report, mintinstall, mint-backup and timeshift. Personally I don't care much for the welcome screen at this stage, nor for mintnanny, so have left this out. You will get the welcome screen if you install mint-meta-core or mint-meta-cinnamon.
18). Install apt-file.
19). We may install the mint keyring but have added keys already in the beginning.
Step 19 is strictly not necessary as keys were already added in the beginning but adding the linuxmint-keyring package will make it show up in the package manager and should automatically give us future updates if ever there is a reissue.
There's only a bit more to do. We'll pick up at step no. 20.
20.) Import external sources used in your previous LMDE/Debian proper install. Once external sources were re-added, what ever was added to apt sources that is not part of the official Mint and Devuan repositories, have mint-sources download missing keys and re-install all applications with markings of all installed applications previously exported from Synaptic.
21.) I noticed that the tray notification would always show updates are available, even if there weren't. I haven't found any workaround for this nor really looked into it. Just remove the update notification and check for updates periodically the old fashioned way - use apt in a terminal whenever it suits best or schedule with cron.
22.) Provider's VPN client worked (for me) with SysVinit no problem so no issue with NM being crippled and not having access to the OpenVPN plugin there. Most likely there is still backwards compatibility for this init through layers. As mentioned in 15 though, it looks like we'll have to live with the NM applet as it cannot be removed without taking Cinnamon with it. Happy to learn of another solution, perhaps the NM package can be replaced by one that does not depend on Cinnamon. 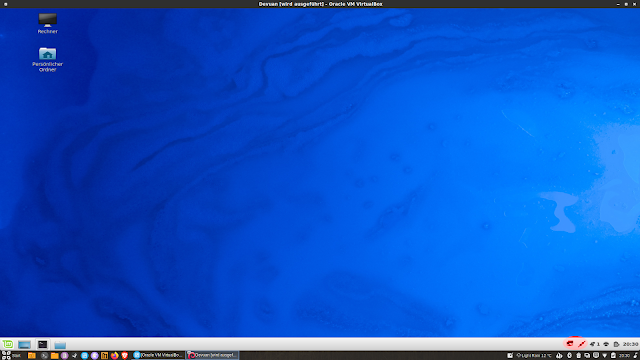 The last two are the only niggles I encountered, and small issues they are. Apart from that this will give you a fully functional and almost identical installation.
You may want to set up sudo if not happy with using the root account for admin jobs.
Posted by barnabyh at 16:57